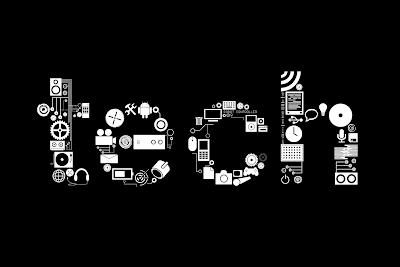 REthink is a program used to track people, companies, properties and spaces, but also serves as a deal management solution to help guide brokers through each stage of a deal. There are features designed for everyone in the business of CRE.

Apto is software developed to give brokers the tools needed for CRM, deal management and back-office operations. Apto streamlines the entire lifecycle of a deal.

Hightower was founded in 2013 as a leasing management platform to help landlords and brokers increase visibility, save time, and reach more tenants. Many real estate executives use Hightower for real time leasing analytics and a view into the performance of their portfolios, all in real time.

Based in New York City, Floored is a company that creates interactive 3D graphics and technology for the commercial, residential, industrial, hospitality, and retail real estate industries.

Floored has recently been acquired by CBRE.

Property Capsule is a cloud based app that updates all of your platforms from one location. Upload all of your information to one place. All your materials – plans, maps, photos, property characteristics, ect.

Visit their website to get a full detailed description http://propertycapsule.com

Property Matrix is a property management portal that has many features some of which include: online payments, check scanning, check printing, customizable fields, comprehensive document management, communications hub, websites, tenant portals, and much more.

See all of their capabilities by visiting their website at https://www.appfolio.com

What does this year hold for Commercial Real Estate? Let’s take a look at the five trends to look out for in 2017.

Expect private lenders to be very busy this coming year and possibly for years to come. These lenders are willing to provide funding for transactions that banks don’t want to handle due to some involving more risk.

Another reason we are seeing lenders slowdown is because they are gearing up for the part of the Dodd-Frank Act that requires sponsors of commercial mortgage-backed securities to hold on to 5% of every new deal or assign the risk to a B-piece buyer.

Already, in the third quarter of 2016, we saw non-bank lenders make up 13% of New York City’s commercial real estate lending.

Interest rates were just raised by a quarter of a percentage point. This is the Federal Reserve’s first increase since 2006. What does this mean for commercial real estate? This rate hike was a small one, however, it is said that subsequent hikes are predicted for this year. For CRE, this means that property deals could be constrained by making real estate less affordable.

Higher interest rates usually signal a strong economy, which typically tends to be associated with a strong real estate market.

Now that we have a new president, one who does not believe in what our last president put into action, we could see some changes. It looks like Trump’s team “will be working to dismantle” the Dodd-Frank Act that Obama put into place during his term as President. Experts have said it’s highly unlikely that the law will be totally erased. However, under our new administration, we will likely see fewer effects by this new law.

We could look at it two ways: fewer regulations are easier for banks in the short term and over-the-top requirements are apt to stifle lending. On the other hand, if lending practices are too relaxed, our environment could potentially see another financial crisis.

By the looks of it, commercial real estate and financial lending will be well represented in the White House. Our new secretary of the treasury is former Goldman Sachs banker, Steven Mnuchin and director of the National Economic Council is former Goldman Sachs president, Gary Cohn. Mnuchin has said his number one priority is to “strip back parts of Dodd-Frank that prevent banks from lending”. The new transportation secretary is former member of the Wells Fargo board of directors, Elaine Chao.

From recent news, Chinese real estate deals and other investments may be on the downward slope. Chinese investments were up more than 50% last year, and now the financial press reported they are ready to clamp down on those investments.

Let’s keep in mind that last year’s foreign capital investment in commercial real estate was concentrated in just five markets: New York City, Los Angeles, Atlanta, Chicago and Dallas. Although the foreign investments may be slowing this year, they will still be significant. Foreign investors look at commercial real estate as one of the smartest places for their dollars and properties here in the United States offer overseas investors a safe place for their capital.
Posted by Unknown at 12:42:00 PM

Seven of the Biggest Real Estate Tech Deals of 2016

Opendoor is a two-year-old San Francisco based startup that is on a mission to make buying and selling houses simple. And, not only simple, but, buying them simply online. Here’s how to sell your home through Opendoor: go to their website and describe your home, then you receive an offer on your home from Opendoor. According to Opendoor’s website, they claim the offer is based off a comparative market analysis and the home’s unique story. Next is the home inspection. Opendoor performs a free home inspection to confirm the condition of your home. Then you pick your move out date. The rest is up to Opendoor. They find a buyer and then you receive the funds on your chosen closing date. Can it really be that simple?! According to the testimonials on their website, it IS! Looking to buy a home? Opendoor makes it very simple for you! Check out their homes for sale on line and let them do the rest! They also offer a service to do a “Trade-In” on your current home. This is another example of how our world is constantly evolving to a digitally connected world. Get this though – Opendoor has a 30-day return policy! Unhappy with the home you just purchased through Opendoor? You can return it within 30 days of purchase! This may be something I have to see for myself.

Two leading Commercial Real Estate Tech Companies joined forces and together they have over five billion square feet in their combined portfolio. VTS and Hightower completed a merger agreement on November 29, 2016, with their vision being to “create the standard solution that landlords, asset managers and brokers want to make more informed decisions, improve efficiency, and ultimately drive better performance across their portfolios and the entire marketplace.”

VTS was formed in 2012 by two long-time friends, Nick Romito and Ryan Masiello and later joined co-founder Karl Baum. All three working in the commercial real estate industry, they saw a need for brokers, owners and investors to be able to collaborate in real time. VTS allows landlords and brokers to manage deals, identify rends and quantify performance all from the VTS dashboard on your desktop or mobile device.

Hightower was founded in 2013 by Brandon Weber. Much like VTS, Hightower is used for real time leasing analytics and seeing the performance of your real estate portfolio right on your handheld device or laptop. All of your leasing data is right at your fingertips with Hightower.

It is no wonder that these two companies have now merged into one, VTS-Hightower. This is a company to watch out for. This was one deal that was said to be “a historic moment for the real estate tech business”.

Launched in 2013 by Ori Allon and Robert Reffkin, Compass has been steadily and aggressively growing ever since. With 23 offices across nine regions and a new app, Compass is bringing real estate in real time and Compass is now one of the largest owned luxury brokerages in the country. This app is meant to replace quarterly market reports. It gives both agents and consumers constantly updated housing data. In the app, you can filter your searches by neighborhoods, number of bedrooms, price range, and so on. But, you can also view more advanced metrics, such as prices per square foot, year-over-year analysis of median price, days on the market, and negotiability. Compass agents can also create PDF reports directly from the app to provide to customers that aren’t as app savvy. Be sure to check out their website to get a more detailed view of what it is this company can do.

Real Matters was established in 2004 and now has offices in Buffalo (NY), Cincinnati (OH), Middletown (RI), and Markham (ON). The company is a provider of financial services technology. The company also provides property valuation services as well as casualty insurance inspections. Keep an eye out for this company….They were recognized as one of Canada’s 50 Best Managed Companies. They have also ranked for five consecutive years (2010-2014) as one of the top 25 growing tech companies in North America (in terms of revenue).

LendingHome was started in 2013 by Matt Humphrey. Matt had an idea to find people the best way to get a mortgage. LendingHome helps people buy their homes “hassle free”. Their website claims there are no fax machines and get this – NO PAPERWORK. You can upload all of your documents online with the click of a button. You will have a customized dashboard when you log in to the site that will show you exactly where you are in the loan process. Their website breaks the process down by four steps. Sounds easy, right? Step one – Select your rate. Answer some questions about yourself and the property you are looking at. Answer a few yes or no questions that their system has developed based on the initial information you provided. Step two – Once you have chosen the loan scenario that best suits your needs, you will pay the $199 application fee and submit your project. Step three – Application submittal. Upload documents such as bank statements, Purchase Contract, insurance information, Escrow/Title information. Step four – Close your deal. You can start taking out draws as you go to cover your costs. The company claims that the application process takes 20 minutes and once approved, your loan can close in 14 days.

Breather is an off-site office rental company. This Montreal-based company actually has its biggest market in New York. They rent out rooms in office buildings, furnish them, and offer them as short-term offices or meeting rooms. Some companies use Breather when their own conference rooms are booked up. Or, maybe they need to meet in a private place, outside of the office. Currently, Breather is in seven different cities within the US and Canada. Be on the lookout for this growing company.

RealtyShares was formed by Nav Athwal. The company offers a wide range of financing solutions for both commercial and residential real estate projects including both debt and equity. According to their website, the process takes just four simple steps. Apply in minutes, approval process takes 24 hours or less, RealtyShares underwrites, approves and funds your project, then they also service investments and manage investors. All with the click of a few buttons online. Raising capital can be a hard task and very time intensive. RealtyShares claims they can do this in a simple, streamlined way.